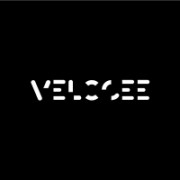 The technology, developed by Velocee, allows mobile apps to better engage with their users. In addition to the pre-caching capabilities, Velocee has also pioneered an InstantRadio Platform that can transform any app into a personalized radio station.

"The Pistons are one of the league leaders in curating an enjoyable experience for their app users".

Already active in the Israeli media scene, the Pistons are the first U.S. organization to take advantage of this technology.

“We are ecstatic to partner with Velocee to offer Pistons fans a faster and more enjoyable user experience,” said Mike Donnay, Vice President of Brand Networks at Palace Sports & Entertainment. “We are always looking for innovative solutions to make our mobile experience better, and we are hoping to integrate the audio platform in the coming months as well.”

“The Pistons are one of the league leaders in curating an enjoyable experience for their app users,” said Velocee CEO Zvika Harnik. “The team is already speedy on the court, now they’re even faster online.”

Velocee was founded in 2014 with the objective of supporting mobile apps’ efforts to better engage with their users, including with the InstantRadio Platform. The InstantRadio Platform transforms mobile apps into a personalized radio station and allows users to continue accessing content in times and in places that were previously inaccessible. Velocee is partnering with the leading media publishers in the Israeli market and is beginning to work in the U.S. market.

Palace Sports & Entertainment (PS&E) is one of the premier sports/entertainment companies in the world that hosts, produces, and manages premier sporting and entertainment events in Michigan.  Assets include the NBA’s Detroit Pistons, The Palace and DTE Energy Music Theatre.  PS&E also operates Meadow Brook Amphitheatre and Freedom Hill Amphitheatre, and manages the basketball operations for the NBA Development League’s Grand Rapids affiliate, the Grand Rapids Drive.

The Palace recently won the Michigan AIA 25-year Award for architectural prowess and has been voted Arena of the Year by Performance Magazine eight times in its history, twice by Pollstar magazine and is listed annually among North America’s top-grossing arenas.   DTE and Meadow Brook are consistently ranked as two of the top summer concert venues and praised by world-class musical artists for acoustics, operational functionality and fan experience. Following its purchase by owner Tom Gores in 2011, PS&E’s venues, hospitality spaces and operations have been transformed to reflect a culture of innovation and industry-leading thought.